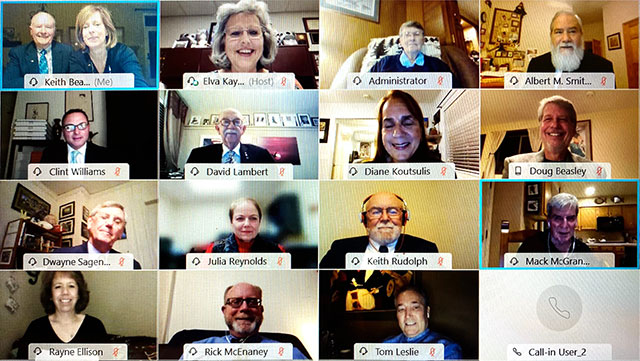 Congratulations to Iota Lambda on their first meeting and second induction for charter members on December 11, 2020. The virtual meeting was attended by the Iota Lambda Board of Directors and many members of the Phi Beta Mu International Board of Directors, with Julia Reynolds issuing the oath to new members.

President of Iota Lambda, Clinton Williams, reflects on what being part of Phi Beta Mu International Bandmasters Fraternity means to him, and shares some of the ideas and plans that Iota Lambda has for the future.

“Phi Beta Mu is an organization that promotes excellence in music education for our students and is an advocate for music within our state, nation, and world. Not only is membership into this great organization a point of distinction for anyone’s career, but it is a charge to be the very best person you can be on the podium for your students, a model of efficacy for the community, and a driving cooperative influence for directors, young and old. There is a heavy responsibility to be the best you can be on and off the podium, creatively and collaboratively, to ensure music education is healthy and strong in our communities.

“We are very excited to lay the groundwork for the initial plans of Iota Lambda as soon as the pandemic ends. One goal is to bridge the geographical divide of Northern and Southern Nevada. On rare occasions do we intermingle with each other due to inaccessibility. Also, we plan to begin implementing some of the concepts and activities of many chapters like the Hall of Fame, Young Director Award, and sponsoring clinics at the Nevada All-State Convention. We are in the planning stages for our first class of candidacy and the future looks bright for our state.”

The tireless efforts of Mr. Raymond Laffin, past president of (Gamma-Indiana, now residing in Arizona) alongside brother Rudolph made this dream a reality.

We have a new chapter in Brazil, Beta Zeta! Nine charter members and one honorary member were inducted on February 26, 2016 in São Paulo, Brazil. 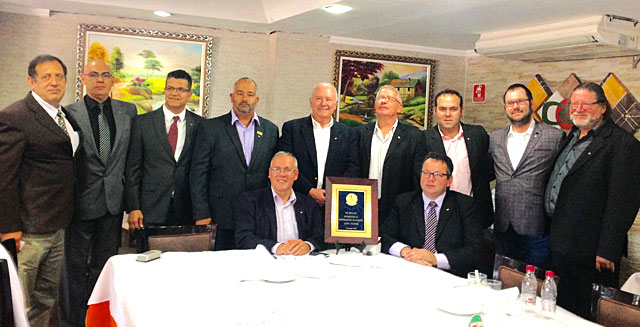 Congratulations to our new brothers of Phi Beta Mu!