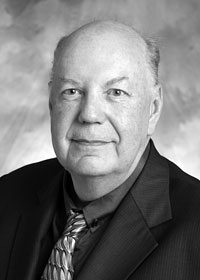 Robert Eklund an internationally recognized adjudicator, clinician and conductor is the President & CEO of the World Association of Marching Show Bands. In 2012 he was inducted into the Phi Beta Mu International Bandmasters Fraternity Mu Alpha Hall of Fame The highest award bestowed upon a fraternity member. In the74 years of Phi Beta Mu history, only six members have received this recognition. He is a continuing jury member of the Sudler Shield Competition for Marching Bands in the United States of America and two-time jury member of the Kerkrade World Music Contest competitions in the Netherlands.

He is a lifetime member of World Wide Who’s Who of Executives & Professionals in respect to his outstanding achievements and innumerable contributions to society as a whole. A recipient of the John Phillip Sousa Foundation’s Legion of Honor Award, was presented with Band World’s prestigious Phoenix Award as one of the ten best North American Band Directors in Music Education. He was presented with the Canadian Band Association’s International Award for best representing the ideals of their association around the world. 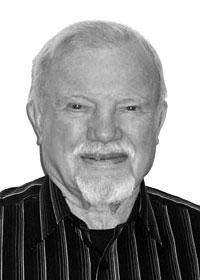 Mike Achtymichuk of Red Deer, Alberta, Canada was the first inductee into the Mu Alpha Hall of Fame.

Born and raised in Smoky Lake, Alberta, Canada, Mike did not pursue music as a career but rather as a diversion; a form of relaxation. The contributions he has made to the promotion and support of music, in particular for band, in the province of Alberta over the past 50 years are numerous and invaluable.

As a young man, Mike developed an interest in music. He began in a local dance band with his brothers and played at dance halls throughout the province. More formal musical training followed at the Navy Music School (HMCS Naden) in Victoria, British Columbia. After three summers of study in the Alberta Band Directors Training Course, he graduated with a Community Band Director’s Certificate.

Mike’s life as a band director began in 1953 in Waskatenau, Alberta where he founded and directed the community concert band. In 1966 he and his family moved to Lacombe where he founded the Lacombe Lions Community Band which became one of the strongest community band programs in Alberta.

Other musical achievements include involvement in:

Mike was the founding President of Phi Beta Mu (Mu Alpha Chapter) in 1978 and has served on the executive continuously since that time.