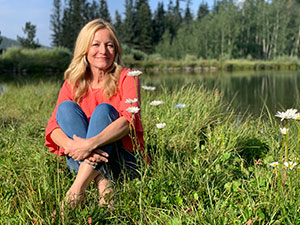 The Executive Board of Phi Beta Mu is dedicated to promoting quality music for the wind band by commissioning new literature that contributes to the existing band repertoire for all grade levels as we work to build better bands. We are pleased to announce that we have commissioned Carol Brittin Chambers as the composer of a new work for wind band. This new composition will be a Grade 3-3.5, and the projected completion date is end of summer 2022.

Mrs. Chambers is the composer and owner of Aspenwood Music. She lives in San Antonio, Texas, and in addition to composing, she is on the music faculty at Texas Lutheran College.

Carol’s compositions include works for concert band, marching band, orchestra and chamber groups alike. Her concert works have been performed at state educators’ conferences across the country, including The Midwest Clinic. Her compositions are currently on several state-prescribed music lists, and that number is growing. Her concert works have been selected to the JW Pepper Editor’s Choice List and Bandworld Top 100, and she was recently named the winner of the WBDI Composition Competition.

Carol is a graduate of Texas Tech University (Music Education) and Northwestern University (Trumpet performance) and is a former band director and private teacher in the San Antonio area.

To learn more about Carol and her music, visit her website. 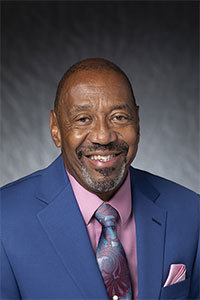 Phi Beta Mu is committed to the development and release of new repertoire for our profession. This opportunity is facilitated by the financial commitment of the Phi Beta Mu International Board and the collaboration of our Phi Beta Mu member chapters and individuals.

We are excited to announce the 2020 Quincy Hilliard Commission Project has been completed and submitted to Carl Fisher for publication. The composer Quincy Hilliard offers the following comments about the piece:

“Rejoice, Dolce, and Dance is written in three different and distinct styles. Rejoice is fanfare-like in quality and should be played in a bold majestic manner. Dolce is slow and more lyrical in manner. This section should be played in a legato style. The director is encouraged to add his own interpretive elements in this section. The Dance has an Allegro tempo and is fast and light in character. In this section the director will have to pay special attention to the articulations and dynamics that are marked.”

The composition is a Grade 2.5 published by Carl Fisher. It will be available in the spring for performance consideration for the Midwest 2021.

Phi Beta Mu International thanks the following Chapters and individuals for their support of the 2020 Quincy Hilliard Commission Project:

More information is available about our composers, the commissions and performers. 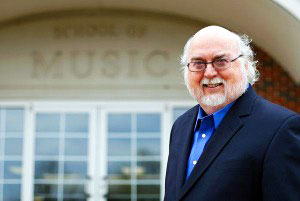 An elected member of the American Bandmasters Association, Holsinger’s recent honors include Women Band Directors International’s Al G. Wright Award; the Christian Instrumental Directors Association Director of the Year Citation; the 2011 Phi Beta Mu Outstanding Bandmaster of the Year Award; and biographical inclusion in both The Heritage Encyclopedia of Band Music, Vol. I and III, and Norman Smith’s Program Notes for Band. Holsinger was one of 11 composers asked to contribute a chapter regarding insights on musical creativity for the GIA Publication Composers on Composing for Band, edited by Mark Camphouse.

Over the past 13 years, Holsinger has served as Visiting Composer in Residence at 13 American colleges and universities, including the Acuff Chair of Excellence in the Creative Arts at Austin Peay State University in Clarksville, Tennessee.

In addition to his university duties, Holsinger spends much of his energies as a guest composer and conductor with all-state organizations, professional bands, and university ensembles throughout the United States.

Much of Holsinger’s music is characterized by unrelenting tempos, ebullient rhythms, fluctuating accents over set ostinati, poly-lineal textures, vigorous asymmetrical melodies, and high emotional impact. His adagio works are as intransigently passionate as his allegros are exuberant! –TRN program notes.

Phi Beta Mu International Bandmasters Fraternity acknowledges the following chapters who engaged in the Phi Beta Mu commission consortium for Prelude and Presto by David Holsinger. Your commitment to the ideals of fostering a deeper appreciation for quality wind literature, and encouraging the widespread interest in band performance is appreciated and honored.

Prelude and Presto by David Holsinger is published by Barnhouse and is currently available as a level 4.5 piece. The official Phi Beta Mu premiere was performed by Brother Rogério Wanderly Brito of the Beta Zeta chapter on July 27, 2019, with the Banda Sinfõnica de Taubaté from Sao Paulo, Brazil, at the Campos do Jordāo Winter Music Festival.

Michal J. Miller is a composer, arranger, pageantry arts designer, adjudicator, and educator dedicated to music and the impact it has on young lives. For more information visit: http://michaeljmillermusic.com

The Woodlands Concert Band is an adult community organization that allows musicians, from all walks of life, an opportunity to play and perform with a quality group.

While the band is fortunate to have several members who are trained musicians and local band directors themselves, many within the band are simply amateurs who enjoy continuing to play their instruments. They spend their days in such varied professions as lawyers, accountants, scientists, computer specialists, teachers, and homemakers. This diversity among the band members creates a feeling of what a community group should be, friends and neighbors coming together to create beautiful music.

We are thrilled to announce the premiere performance of Cosmic Expedition by the Woodlands Concert Band, conducted by Richard Crain, at the 2018 Midwest Clinic on Thursday, December 20, 2018 at 11:15 AM in Ballroom W183.

Music educator, administrator, consultant, adjudicator, clinician, lecturer, and leader, Richard Crain is Past President of the Texas Bandmasters Association, Alpha Chapter of Phi Beta Mu, and the Texas Music Adjudicators Association. He has served as the Coordinator for the National Concert Band Festival for Bands of America since 1991, and served on the Board of Directors of the Midwest International Band and Orchestra Clinic for the past 24 years and continues to serve in the role of President.

Phi Beta Mu International is dedicated to promoting quality music for the wind band medium by developing new literature that contributes to the existing band repertoire for all grade levels.

We are pleased to announce that composer William Owens has been awarded the Grade 1-2 commission. William Owens is a retired band director in Texas and presently serves as the Instrumental Editorial Assistant for FJH Music Company. Recent commissions include the Indiana Bandmasters Association, TMEA Region 9, Michigan School Band and Orchestra Association, Georgia MEA District 9, as well as numerous band programs in Texas.

Congratulations and thank you to the Mineola Middle School 1-C Honor Band and their conductor Melissa Grant Fisher for the premiere performance of our new commission Wings of Mercury by William Owens.

The performance took place in San Antonio, Texas at the Lila Cockrell Theater in conjunction with the 2016 Texas Music Educators Association Convention. Thanks also to commission chair Elva Kaye Lance, Vice President of PBM International, for her work on this meaningful project.

The Executive Board of Phi Beta Mu is dedicated to promoting quality music for the wind band by developing new literature that contributes to the existing band repertoire for all grade levels as we work together to build better bands.

We are pleased to announce that the Phi Beta Mu commission by composer Johnnie Vinson was completed and delivered by the agreed-upon date of September 1, 2014.

The Grade 3 commission is titled O’er the Land of the Free and is 4:15 in duration. It has been selected for publication by Hal Leonard and will be available late this spring or summer.

Of the work, the composer states:

“The year 2014 is the anniversary of several important events in American history:

“It is in remembrance of these events that this composition was written. The primary theme is original, employing alternating measures in 4/4 and 3/4 time. Interwoven throughout are the opening motives of America the Beautiful and The Star-Spangled Banner.”

O’er the Land of the Free was commissioned by and is dedicated to the International Bandmasters Fraternity Phi Beta Mu. The composer granted the first performance of this work to the band chosen by Phi Beta Mu for the premiere. A premiere has not occurred to date.

This new work is part of a multi-year commissioning project through which Phi Beta Mu intends to contribute to the band repertoire for all grade levels as the fraternity works to build better bands.

Phi Beta Mu International spearheaded a consortium of member chapters across the country to commission a work in honor of the 75th anniversary of Phi Beta Mu.

Composer Mark Camphouse was chosen and the piece, entitled Homage to the Dream, was premiered at the annual clinic/convention of the Texas Bandmasters Convention held in San Antonio, TX on July 21, 2013.

In addition to hundreds of band directors, in the audience were over 1,600 high school students, a scheduled activity as part of the TBA Student Leadership Day.

The work also commemorates the 50th anniversary of Dr. Martin Luther King’s speech of August 28, 1963, I Have a Dream.

Texas’ Alpha Chapter of Phi Beta Mu [founding chapter] also celebrated its 75th anniversary and was pleased to be a contributor/host to the commission’s premiere.The work was beautifully performed by the Greater Dallas Youth Orchestra Wind Symphony with the composer conducting. Dr. Nicholas Williams [Alpha Chapter] is the conductor of the group and graciously agreed to have his group premiere the work.

The 75th anniversary commission, Homage to the Dream, is being self-published by Mark Camphouse. Anyone interested in performing this work may contact Mark Camphouse at: mcamphou@gmu.edu.

For more information go to markcamphouse.com.

Contributing chapters to the commissioning project were:

Project chairs for the commissioning project were: