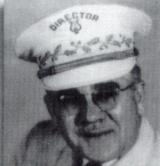 Born in Houghton, Michigan, Verran taught for 35 years. He began his career at Indiana High School in Birmingham. In Georgia, he held positions in Washington, Georgia Military College, and Cairo. He served as president of GMEA and conducted all-state bands in Georgia and South Carolina. Verran’s bands performed at GMEA conventions and throughout the Southeast. Bands under his direction never received less than a superior rating at music festivals.

Verran started the first public school band in the state of Georgia at what is now Washington-Wilkes High School. He also began public school bands in Thomaston and for the Cairo public school system. In 1953, his Cairo High Band entered the state contest in marching, concert, and solo/ensemble and received a superior rating for each event in the same day. Verran was organizer of the first Georgia All-State Band and served as All-State conductor in 1968. 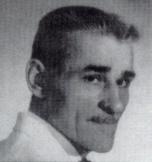 Born in Forest Park, Roy Lee was director of the Atlanta West End Elementary Band, which under his leadership received superior ratings for 25 consecutive years at GMEA festivals. The band performed yearly invitational concerts at the Daytona Beach, Florida Bandshell and was known as one of the finest elementary bands in the southeast. The band also performed at the Biltmore Hotel and on live television and radio programs. Lee consistently performed Grade level 3 and 4 music with an ensemble composed of students in Grades 3 to 7.

Lee’s quest for excellence in elementary instrumental performance resulted in tremendous parental support that initiated school board funding for elementary band programs in the Atlanta Public Schools. His band parent organization bought and renovated an old house in southwest Atlanta which was used as the band’s rehearsal facility, private lesson studio, and office

Born in Crestline, Ohio, Beach’s career in music education spanned 43 years. He was director of instrumental music for the public schools in Bellaire and Alliance, Ohio; chair of music education at Mt. Union College in Alliance, Ohio; director of school and community music in Charlevoix, Missouri; director of instrumental music at South High in Cleveland, Ohio; chair of music education at Ohio Wesleyan and the University of Georgia, and dean and professor at the School of Music, East Carolina University. Beach served as president of the Southern Division MENC; the North Carolina Music Educators Association; the Ohio College Band Director Association; executive secretary of GMEA and vice-president of GMEA and NCMEA.

Born in Good Hope, Georgia, Robison taught for 42 years. While in the Marine Corps he was tenor soloist on the Marines Are On the Air radio program. After retiring from the Marine Corps he started the first high school band programs in Jefferson and Winder. His bands performed several times at the Washington Cherry Blossom Festival.

In recognition of his contributions to the city, the mayor of Winder proclaimed Robison Day in his honor, and the Kiwanis and Lions Club established scholarships in his name. He was the charter secretary of Phi Beta Mu.

Chenoweth served as executive secretary of GMEA. He presented clinics in Kentucky and Georgia and served as guest conductor of the Kentucky All-State Band. Bands under his direction amassed 30 superior ratings in concert performances. 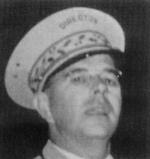 Seitz was president of his graduating class at VanderCook School of Music and was Indiana state trombone soloist. He served as president of GMEA, first trombone with the Atlanta Symphony, and trombonist for the Metropolitan Opera in Atlanta. 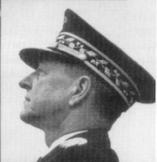 A member of Phi Beta Mu, he served as state chair for CBDNA; vice-president of GMEA, and conductor of the In and About Atlanta Orchestra, Atlanta Philharmonic Orchestra, All-City Band, Orchestra, and 500-Voice Chorus. 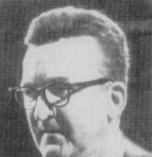 Born in New Haven, Connecticut, Bradley had 30 years of teaching experience, holding positions as band director of the East Atlanta Elementary Band; Emory University; the Lovett Schools, and Kennesaw College. Under his direction, the East Atlanta Elementary Band performed for three MENC national conferences; at AASA Atlantic City, twice at the University of Southern Mississippi, the All-South Clinic in Jekyll Island, and for the White House Conference for Children in Washington, D.C.

He was principal flutist with the Atlanta Symphony Orchestra and was elected as Georgia Music Teacher of the Year. Bradley was also named GMEA Music Educator of the Year. 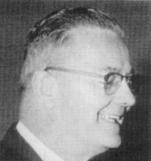 He is a charter member of Georgia Phi Beta Mu. 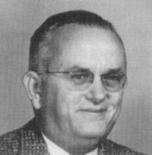 Born in Adel, Georgia, Len Lastinger taught for 34 years, including 24 years at Tift County High School. Lastinger’s Tift bands performed at the Orange and Gator Bowls and marched in the Gasperilla Parade.

A music scholarship in his honor is presented each year at Tift County High School. Tifton citizens declared Lastinger Appreciation Day as a special tribute to him, and Len B. Lastinger Elementary School in Tift County was named in his honor.

He was a charter member of Phi Beta Mu. 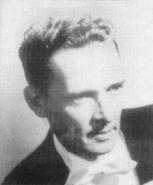 His compositions were published by Ludwig and Belwin. He performed with the Armco Band, Cincinnati Summer Opera Orchestra, and Indianapolis Symphony. Barr organized the Columbus Symphony and conducted the orchestra for 14 years.

He served as president and national vice-president of Phi Beta Mu.

Born in East Point, Caldwell had 27 years of teaching experience, including positions at Manchester High School and R.L. Osborne High School in Marietta. Bands under his direction received 16 superior ratings. Caldwell was honored by having a school yearbook dedicated to him.

A member of MENC and Phi Beta Mu, he served GMEA as district and festival chair. 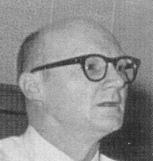 Boyd McKeown, a native Texan, had a 37-year career in music. In Georgia he was band director at Marietta High School; taught in the Governors Honors Program; was director of fine arts for the Cobb County Schools and executive secretary-treasurer of GMEA. McKeown-led bands performed at the Southern Division MENC; the Optimist and Kiwanis International conventions, and presented halftime shows on both CBS and ABC-TV. McKeown was named Citizen of the Year by the Marietta Civitan Club.

Ramparts of Courage, by Alfred Reed, was commissioned by Georgia Phi Beta Mu in honor of McKeown. It received its world premiere by the 1995 All-State Band.

He held national offices in Phi Beta Mu, and was a member of the Cobb County Arts Council and the board of directors for both the Cobb Symphony and Atlanta Symphony Youth Orchestra. 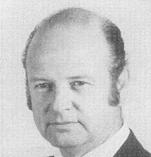 Born in Atlanta, Robert Waggoner taught for 35 years at O’Keefe, Northside, and Dykes High Schools in Atlanta. He conducted the Junior High All-State Band and served as an MENC conference host. Bands under his direction performed at the Mideast Instrumental Conference; National and Southern Division MENC conferences, and the Cherry Blossom Festival, where they won the first place trophy.

A member of Phi Beta Mu, he is conductor emeritus of the Band of Atlanta. 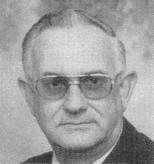 Born in Bluefield, West Virginia, Hambrick had 30 years of experience in education, including teaching positions at Jeff Davis High School, Commerce High School, and Dublin High School. He was assistant superintendent of the Laurens County Schools; principal of Charlton High, Cass High, and Emberson Elementary Schools, and superintendent of the Charlton County Schools. Hambrick’s bands performed in the Festival of States, St. Petersburg, and the Orange Bowl Parade.

His honors include the Liberty Bell Award from the Dublin Bar Association and honorary membership in the Future Homemakers of America and the Future Business Leaders of America. 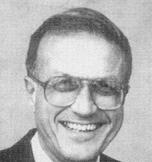 Born in Daytona Beach, Florida, Tarpley taught for 29 years. He was band director at Statesboro and Forest Park High Schools, assistant director at Georgia Tech, and coordinator of music for the Clayton County School System. He was assistant conductor of Tara Winds Community Band and director of the Jonesboro United Methodist Church Orchestra. Tarpley’s bands performed at GMEA, Southern Division and National MENC conventions, and in the Orange Bowl Parade.

He received the NBA Citation of Excellence, was director and organizer of the Six Flags Concert Band Festival, and was named Educator of the Year by the Forest Park Kiwanis Club. The Lloyd Tarpley Theatre in the Clayton County Schools Performing Arts Center was named in his honor. 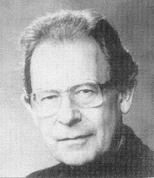 He was honored by the University of Georgia with a Sandy Beaver Professorship for Excellence in Teaching. Dancz twice received the NAJE Citation of Excellence award. Known for his promotion of original works for band, he was cited in Richard Franko Goldman’s book The Wind Band. 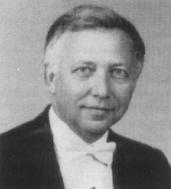 Born in Tupelo, Mississippi, Gregory taught for 29 years. He served as Director of Bands at the University of Florida, Hardaway, and Forest Park High Schools. He has served as the Coordinator of Instrumental Music for the Clayton County Schools System and conductor of the Tara Winds Community Band. He has conducted All-State Bands in Georgia, Florida, Alabama, Mississippi, South Carolina, and North Carolina. His bands have performed at the National MENC Convention, ASBDA National Convention, Mideast Conference, American Bandmasters National Convention and twice at the Midwest International Band and Orchestra Clinic.