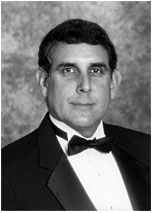 Accountability is the single biggest issue facing educators today and unfortunately the solution to raising the individual standard is beyond the scope of this brief “food for thought.” Assessment is essential to monitor, evaluate and improve the educational process. As a band director, accountability has always been an integral part of the process. Every year in Texas, the University Interscholastic League establishes criteria evaluating musical performance. Now, criteria set by state standardized testing objectives measures individual student academic performance. Instead of all students working to achieve the highest standards, I have observed a tendency to lower the bar so more students can “feel good” about achieving at a lower level, measured by a “passing” score on a test, rather than pushing all students to achieve at the highest level. Published school ratings do not necessarily reflect where the best teaching is occurring, creating an inaccurate perception by the public.

My son’s first grade teacher taught the district curriculum, but expected so much more. In addition to learning ten spelling words a week, she required them to also know spellings of verb tenses and noun plurals for those ten words. That year every student presented a science fair project, and then explained the project to adults attending the fair. My son was in on-level classes throughout elementary school. The expectations of his fifth grade teacher resulted in my son, one of eight students from the class, receiving commended status on state tests. The gifted and talented class only had five commended students. All the students went on to successful participation in the Honors and AP program at the high school. Enrichment is not occurring today because so much emphasis is placed upon (unfortunately) teaching to the test.

The success of students must be the basis for accountability, but improvement, not just the bottom line, must be a major aspect of public ratings of schools. School A with 9th grade test scores in math of 50% that achieves a score of 75% a year later is still only rated acceptable. School B with a score of 94% and 90% one year later is rated exemplary even though the excellence was not maintained. Unfortunately the general public only sees acceptable or exemplary, not that one showed significant improvement and the other failed to hold their own standard. Music, like all learning, is a continuum, starting with a beginner who knows nothing and ending with the best artist performer possible. Our students are placed all along that continuum, each with different strengths and weaknesses. We have no control over where they start on the continuum, but we can create an environment where they are constantly moving forward and improving. Nothing excites and motivates more that for students and parents to know that positive effort is rewarded. But we have to guard against the temptation to adopt the standard of the lowest common denominator. Students must feel pride of achievement not because they attained the minimum of expectations, but because they explored the summits of musical achievement. Music is like an onion, and every layer peeled reveals another level of mastery and perfection.

While 70% is the benchmark for passing on a state test, I can hardly imagine a musical performance where only 70% of the musicians participated, where only 70% of the notes and rhythms were correct, where only 70% of the style was unified. The music would be unrecognizable. Music performance demands mastery. Most limitations on students are the ones we adults impose, often unconsciously. Students will rise to the occasion and usually achieve just short of the teacher’s expectations. The secret is to place the bar a bit higher than needed, so when the students achieve only 95% of what they were asked to do, they have still achieved 100% of what they needed.